Bosnia and Herzegovina | Sarajevo to Mostar

HomeBosniaBosnia and Herzegovina | Sarajevo to Mostar

The countries that don’t often appear on the travel lists are often the most amazing. Why? Because they do not suffer from mass tourism and are therefore more traditional, cultural and authentic. This is the real voyage!

And I can only confirm that, since I had a real crush on this country for the beauty of its landscapes as well as for the kindness of its inhabitants. These 2 days of visit in Bosnia from Sarajevo to Mostar was just incredible ! 💛

The varied landscapes are breathtaking, with high mountains and undulating valleys and exciting cities, like the capital, Sarajevo. The unique culture, influenced by different rulers over the centuries, is evident everywhere you look.

In short, there are so many beautiful places to see in Bosnia and Herzegovina that you could spend weeks immersing yourself in this fascinating country in the heart of the Balkans.

Bosnia and Herzegovina through time

Even though Bosnia and Herzegovina has experienced several wars in the past, it should be noted that it is a safe country to visit. Because yes, after the breakup of Yugoslavia in the 90’s, a war devastated the country and its population.

After the war, the people worked hard to rebuild the city. Large parts of it have been renovated, although many buildings still show bullet holes (see picture below). Since then, Bosnia and Herzegovina has been slowly recovering and has become a peaceful and beautiful destination to visit. 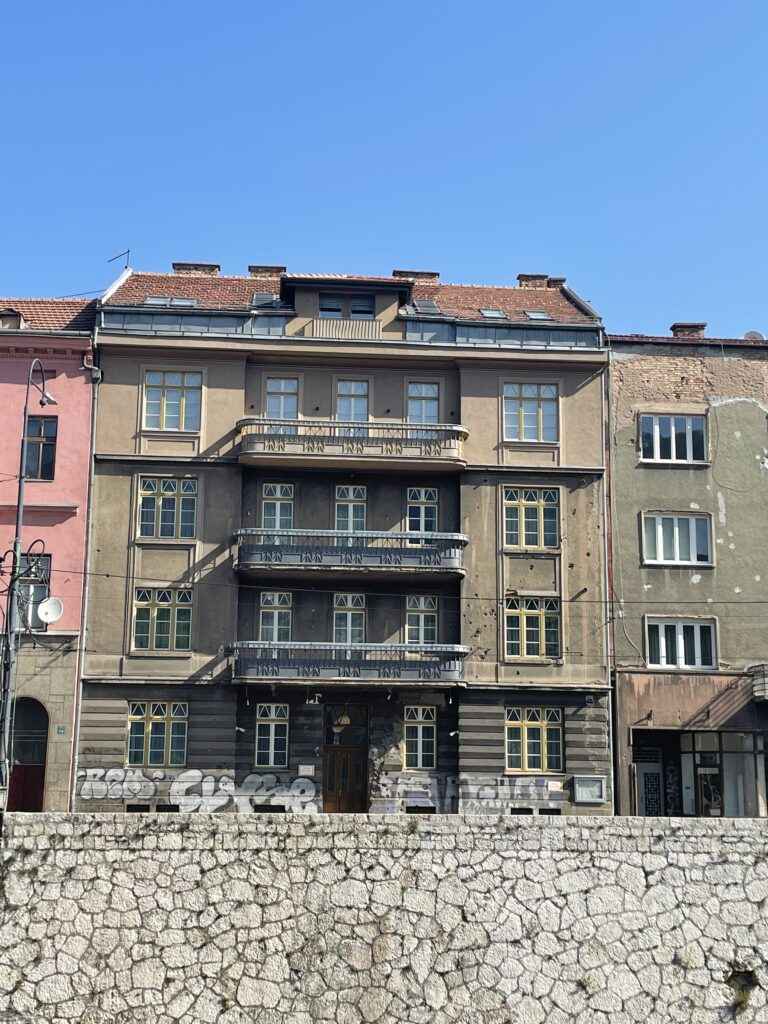 Practical Information of Bosnia and Herzegovina

My feeling about the country 👍

We arrived by air from Brussels-Charleroi airport. The international airport is located in Sarajevo and is about 25 minutes from the city center.

The capital of Bosnia-Herzegovina is Sarajevo, which has a population of just under 300,000. This lively city is very welcoming and has been restored after being destroyed by war.

The capital of Bosnia and Herzegovina is a city rich in history and culture. Baščaršija is the main square of the old town, where there are many shops and restaurants around. There is a kind of Turkish atmosphere, and it is a great place to get an idea of the city and to find a little souvenir to take home!

What to do in Sarajevo?

Walking through the streets, you feel like you’ve been transported back in time. You can taste traditional dishes like cevapi and burek, drink Turkish tea or visit one of the many antique stores.

In the middle of the large Baščaršija Square, there is a wooden fountain in Ottoman style. This fountain is called Sebilj and is several hundred years old. It is located in the center of the old town and is considered a symbol of Sarajevo. The fountain is supplied with fresh mountain water from which you can drink.

One thing you should not miss in Sarajevo is to see the Latin Bridge, where the First World War was started. It was in Sarajevo that Archduke Franz Ferdinand was assassinated, an event that kicked off the events that led to the First World War. The Latin Bridge is therefore a historical site of the assassination of Archduke Franz Ferdinand of Austria.

If you wish, you can learn about the destruction and salvation of Sarajevo on a guided tour. An activity that we did not do, but which can be interesting. Book the tour here.

The Pigeon Square hotel is located in the center of Sarajevo, in front of the Sebilj fountain and at a short walking distance from all the main attractions of Sarajevo. A hotel that I really recommend and very affordable.

Visite of the city of Mostar

Mostar is a beautiful city, and walking around the old town of Mostar with its Ottoman architecture. Walking along the small streams, and browsing the stores with their local products, is a good way to see what Mostar is all about. The old town is not very big, so it can be visited quite quickly.

The bridge was built in 1566 over the Neretva River, which runs through the city. The clear blue water makes the river sparkle, surrounded by beautiful surroundings.

Stari Most is an Ottoman bridge that connected the two historical halves of the city. Unfortunately, the bridge did not survive the Bosnian war. In 2004, the bridge was rebuilt. The reconstruction of the bridge cost almost 13 million euros. It was partly thanks to the Netherlands that they were able to realize it.

The historic center of Mostar extends on both sides of the bridge. Stroll through the streets. Don’t forget to admire the bridge and the view from different angles. Sights such as the small crooked bridge can only be discovered by those who venture off the well known walking paths.

My travel tip for Mostar

Eat the Tima-Irma restaurant. It is a family restaurant with an atmosphere of their ancient culture and tradition. Here you can taste Bosnian specialties like cevapi. Cevapi are traditional homemade sausages of the Balkans area. 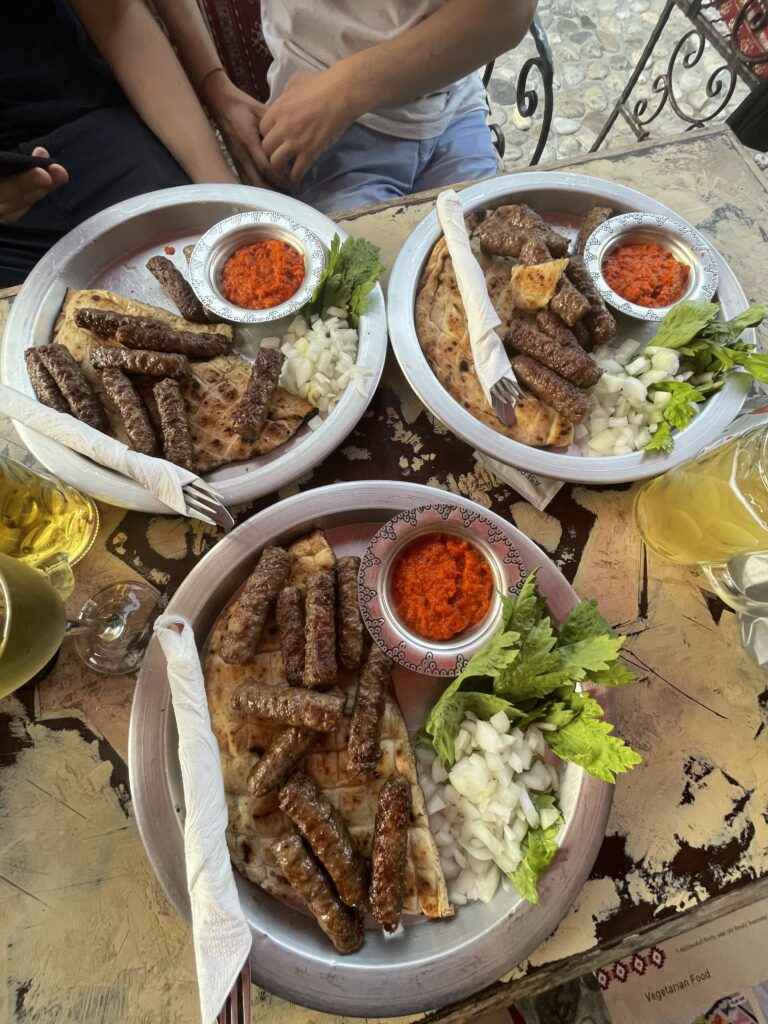 For a good value room, look no further than Guest House Nana. This accommodation is located 50 m from the bus and train station and 10-min walk from the old town of Mostar. Quietly located and within walking distance of the center, this is an ideal place to stay.

I hope I could inspire you and that you liked this article about my visit in Bosnia from Sarajevo to Mostar. Discover here more articles about my trip to Dubrovnik and Montenegro. 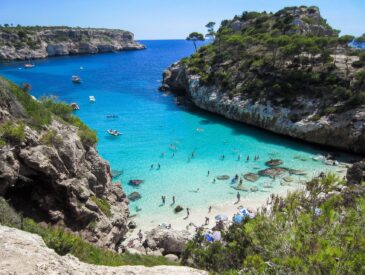 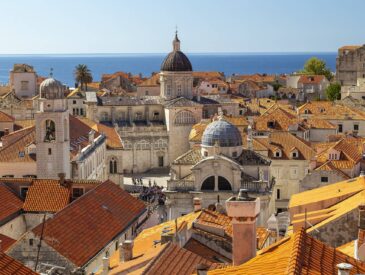 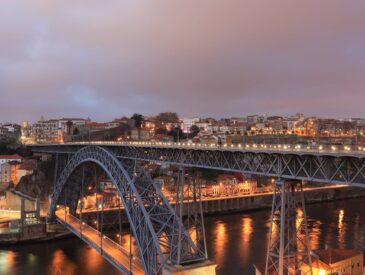 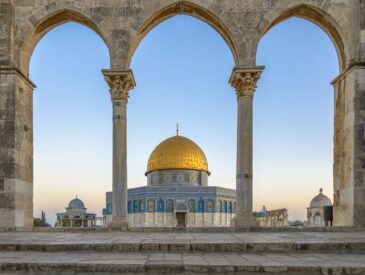